Your favourite list of Email Service Providers: a brief history of mergers and acquisitions

There are many Email Service Providers (ESPs) out there, offering their email services to you. Many marketers try to search for the best email provider. Others are looking for free tools. Because we have witnessed so many name changes of the ESPs, to be honest, it is getting a bit confusing. Thus, I have decided to create a list of Email Service Providers with the history of mergers and acquisitions.

#1 Your List of Email Service Providers: the Big Players

If you are in a larger company, or your email marketing is of a considerable volume, you are probably familiar with these big players: Marketo, IBM Watson, Adobe, SalesForce, and others. Therefore, I will start my list of Email Service Providers with them.

Just to be clear, I am not ranking them in any way or trying to find you that “best email provider”. At this moment, I just want you to get to know those big email service brands a little bit better. So, shall we have a look at some of them?

Let’s take Marketo, for example. Marketo was founded in 2006. Ten years later, Marketo itself was acquired by Vista Equity Partners for $1.79 billion.

What about IBM Watson? It seems to start with ESP called Silverpop, which was founded in 1999. In 2014, IBM announced their acquisition of Silverpop for $275 million. No surprise that the change of name followed shortly after and all the marketers had to get used to calling it IBM Watson instead.

Did anyone use ExactTarget? Well, this quite well-known Email Service Provider, called ExactTarget was founded in 2000. It had acquired a few known names such as CoTweet, Pardot, iGoDigital and Keymail Marketing. However, in 2014 ExactTarget itself was acquired by SalesForce for $2.5 billion and renamed into Salesforce Marketing Cloud.

You might be familiar with these brand names – Eloqua (acquired for $871 million in 2012) or Responsys (bought for $1.5 billion in 2013). Both of them are now owned by Oracle. It looks like they had a few really busy years!

Adobe is another globally recognised name. To offer a broader range of services they acquired Neolane in 2013 for $600 million. As a result, Neolane became an essential part of the Adobe Marketing Cloud. 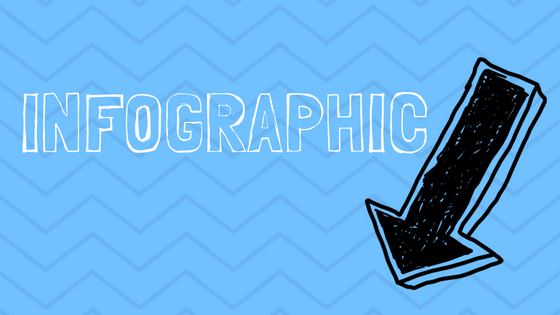 That’s quite a lot of numbers, right? But I urge you to read on and find the ESP timeline infographic and also check out other ESPs that many bloggers like.

Changes were Inevitable, for Better or for Worse

Does anyone remember EmailVision? I think it was one of the UK based Email Service Providers, founded in 1998. In 2011 EmailVision buys SmartFocus for $40 million. Furthermore, after fifteen years – in 2013 – it rebrands as SmartFocus and EmailVision name disappears.

Examples like these only show how much change the email industry has witnessed. Familiar names develop into something else. Well, and in most cases, becomes a part of something bigger. No surprise that these large companies scaled themselves by offering more services to their clients resulting in a large number of acquisitions and mergers.

Seems like all this turbulence has settled down, but for how long? Marketing Automation is continuously developing and no surprise that Email Service Providers will have to keep improving to meet their customers’ needs.

The Timeline of Email Service Providers: Mergers and Acquisitions

Now, let’s put all this information into a timeline. I always say that when data is nicely put into a visual, it helps you see the real picture.

No bad feelings if you don’t – let’s just continue with our list of email service providers.

MailChimp was founded in 2001 and is operated by Rocket Science Group. This email service provider is a popular choice. In fact, many small businesses, entrepreneurs, and bloggers are very familiar with this tool. Ah, and here’s an interesting fact – in 2016, MailChimp was ranked No. 7 on the Forbes Cloud 100 list. Good for them!

Also, MailChimp is considered as one of the free email providers too (well, it has a free plan). However, it also offers paid options. I’m currently using MailChimp myself (at least now, when I’m writing this blog post), so here’s my affiliate MailChimp link. Check them out – they have easy-to-use automation interface too.

Because Mailerlite is also recommended amongst bloggers, I have decided to add it to the list. Created in 2005, they were initially focusing on web, but later on, changing gears and moving towards email marketing. Furthermore, when I looked into their history, I found that the company has been founded in Lithuania! Great news, as Lithuanians are very hard working. I wish I could come visit their office in Vilnius and check them out (maybe one day!). Anyhow, here’s the affiliate link if you want to try them out. Indeed, I am super excited to learn about them… it even got me contemplating about switching.

Constant Contact was founded in 1995 as “Roving Software”. They grew and eventually were acquired by Endurance International Group for an estimated $1.1 billion. It seems that they are now operating as a part of Endurance portfolio, that includes big names such as Bluehost and Hostgator. However, their goal stayed the same – they aim to help small businesses. So if you are one in need of an Email Service Provider, have a look at what they offer.

Mad Mimi. I think they are an ESP with a twist. They were founded in 2007. Interestingly, they were acquired by GoDaddy in 2014. Though it seems that the terms of the purchase were not disclosed… Techcrunch believes that the deal was for $42m + $3m in bonuses. In any case, they look like an interesting ESP, worth checking out.

I hope you enjoyed reading it. Well, at least I had fun and found some interesting facts! If you want me to add any other ESPs to the list, drop me a line.

Your email address will not be published. Required fields are marked *